Flywheel, WP Engine and StudioPress Sites are popular choices of Managed WordPress Hosting, each of which claims to be very fast. But which one is the fastest? And which one is the best, in terms of features, usability, security, customer services and affordability? I did some real tests recently.

I then tested the loading speed of the demo pages with three popular online tools, Pingdom, GTmetrix and WebPagetest, each from multiple locations around the world, during the same time window.

* Note: You can check all the screenshots of the tests at Dropbox.com.

Which One Is Faster?

That depends on where your target audiences are and whom you ask.

If You Are Targeting U.S. Audiences

Below are the average loading time in the U.S.

Was StudioPress Sites faster than WP Engine, or vice versa? It's hard to say. Take WebPagetest results as an example:

This is true for GTmetrix as well. Margins of Pingdom's test results were larger, however those number were overall very small (translation: very fast); and, again, if I ran a second and third tests, the results would be slightly different.

Were the tests pointless, then? Not really. The takeaways for me are:

If You Have a Lot of Traffic From Europe

Below are the results for Europe:

The results from Europe were remarkably consistent. In my tests StudioPress Sites performed slightly better than Flywheel but the margins were very thin. In GTmetrix test they were a tie; in Pingdom the difference was 72 milliseconds, while in WebPagetest, 9 milliseconds, well within the margin of error.

WP Engine, however, seemed consistently slower. If U.S. is your biggest market but you also have significant traffics from Europe, StudioPress Sites or Flywheel is probably a better choice.

How About Asia Pacific?

Depending on whom you ask, the winner in Asia Pacific could be WP Engine, or StudioPress Sites. Most results suggest that Flywheel comfortably fell in the middle.

If APAC is of critical importance to you, it's note-worthy that Flywheel offers Singapore data center, which, in another round of tests I did, unsurprisingly loaded much faster in APAC countries than WP Engine and StudioPress Sites, who don't have Asian data centers as of this writing, or for that matter, than its own U.S. data centers.

Other Things to Consider

WP Engine is famously feature-rich. I honestly don't think I will be touching most of them in foreseeable future. Flywheel doesn't provide as many features as WP Engine, but is definitely more developer-friendly than StudioPress Sites.

Most notably, both WP Engine and Flywheel are equipped with a "staging" area, which allows you to test and preview any changes before moving them into live sites. I find this handy because I tend to constantly make small changes on my websites. It's a pity that StudioPress Sites doesn't offer this feature.

Both WP Engine and Flywheel deploy server-side caching behind the scenes, meaning you don't need any cache plugin. StudioPress Sites uses the Pro version of the mighty W3 Total Cache, which does the job well but could be a little annoying to configure. StudioPress Sites provides pre-configuration file that you can download and import, but that failed during my test. When you configure anything wrong in W3 Total Cache, it could break your site, which happened during my test as well.

Up to this writing, WP Engine is the only one that enables two-factor authentication. It reassures me greatly knowing that even if someone got my username and password — say, I lost them due to extreme carelessness — they won't be able to hack my WP Engine account unless they also have access to my phone.

When I started hosting with Flywheel in May, 2016, they didn't have online chat. I contacted them a few times via email, they were nice and helpful but it usually took a day before they responded.

Now Flywheel added online chat, in addition to support via email, online ticket and phone call, I sincerely believe they have the best customer services in the industry.

WP Engine also has top-notch real-time support. However, based on my own experiences, they are just not so flexible and … happy.

At the time when these tests were performed, StudioPress Sites was named "Web Synthesis." It has since been rebranded and the product description has been significantly — probably overly — simplified. Now it has three plans:

It falls short to clarify how much traffic each plan is designed to handle, which was included in the product description when they were "Web Synthesis." Based on the calculation I did at the time of testing, its starting plan is more expensive than Flywheel, however as traffic grows it becomes significantly more affordable than both Flywheel and WP Engine.

Flywheel's Tiny plan is designed for 5K monthly visits. At $14/month, it's one of the most affordable plan of Managed WordPress Hosting services. It comes with free SSL, but CDN will cost an extra $10/month.

Comparison Between Flywheel and WP Engine
(Visits/prices are monthly)

Don't worry about speed; all three are very fast. If you have a site on any of these three Managed WordPress Hosting services and it's slow, even in the U.S., chances are it's because of something else; it's probably not the host's fault. Check your WordPress theme (its coding, not how it looks); your plugins; check how many extra resources were loaded on your website, etc.

Wherever you are, they should all be reasonably fast. 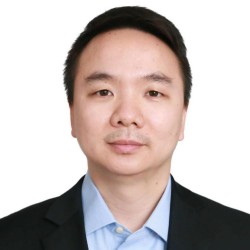 4 thoughts on “Flywheel vs WP Engine vs StudioPress Sites: Which Is the Fastest Managed WordPress Hosting?”